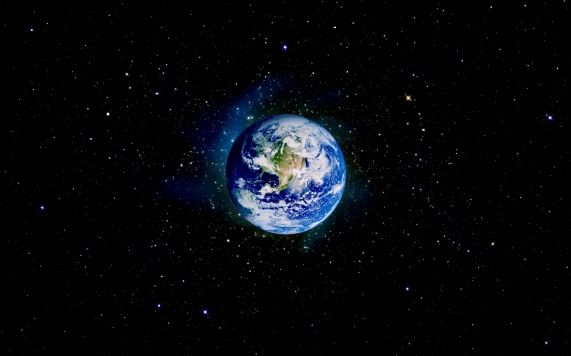 “It is not everyday that the world arranges itself into a poem.” –Wallace Stevens

Yes, yes, it does, this spinning marble of a rock, watery

Outside, fiery inside, hurtling through ice-cold space

As if nothing could stop it. And somehow the oceans,

Waxing blue as the sky, waning green as an emerald,

Flashing in the sun, foaming–fiercely, furiously—

Never peel off and sail away into the dark and sparkling

Blanket of space. Why not? Beauty holds together

The way life, once it has ended, keeps on beginning,

Day after day, century after century, aeon after aeon,

And if that’s not poetry, Mr. Stevens, I don’t know what is. 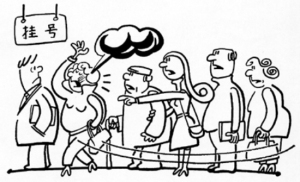 I was first made aware of the importance of line endings in the mid-1990s, when a friend of a friend was taking a class with Bill Knott, a professor at Emerson College. Apparently, this young man was sitting in a workshop and Bill was reading his poem. Bill looked at him over his glasses and asked, “Why do you break your lines where you do?” Baffled, the young man just shrugged. Bill balled the poem up and bounced it off the young man’s head.

Whether or not that caused enlightenment for that student, the story of it sure did for me. I spent the next two years studying how different poets broke their lines. I read somewhere that the last lines of a poem should, on their own, sound like a poem. (Obviously, they were talking about free verse, since formal forms or even Hallmark Card Crap have their own logic for ending lines, whether with rhyme or with repeated words, etc.) Here is an example taken at random from one of my college textbooks, Beginning with Poems: An Anthology, the end words of Wallace Stevens’ “The Sense of the Sleight-of-Hand Man”:

That is the easy part of line breaks. What took me much longer to realize is that, just perhaps, the first words of the lines might also be a poem, though they rarely are. Let’s take the first words from the same poem:

could would around the to and and it has that that.

You see the problem. We get so caught up with our last word that our first words tend to be articles, auxiliary verbs, prepositions and conjunctions–grammar words, not sensory words. Now there is nothing wrong with grammar; we couldn’t very well communicate without it. But if I am going to put a word in a power position of a poem, I probably don’t want that word to be “of.” Or at least not often.

HOWEVER, having just looked at the few poems I have in a file on my computer here at MIT, I realize that I have not been paying very close attention to this lately. (Bad poet, go sit in the corner!) So I wrote a new poem.

“My cat is a poem with claws,” she said,

mopping up the blood that still spilled

from her arm where that fluffy ebony

ninja clung hard before leaping off the bed

and onto the dresser. “Most poems,” I said,

hesitantly, “do not draw blood.” But she

laughed and threw the tissue away. “Most

poems also do not eat kibble and poop in a small

sandbox. But some poems snuggle up to you,

tangled in the blankets of a Sunday morning. Some

poems see your hands resting on the keyboard and lie

down upon them, purring. Some poems will even

on a day when you didn’t need to rise early.”

Her cat watched me with narrowed, golden eyes.

Brower, Reuben A., Anne D. Ferry, and David Kalstone, eds. Beginning with Poems: An Anthology. New York: Norton, 1966. (Its date explains why the examples are mostly British with a few Americans and why, out of 62 poets, only 3 of them are women.)

Bonus points if you recognize the pun in the picture.