November 20 marked an interesting moment in our popular culture: Marvel Comics released Jessica Jones, its first film/movie property with a female superhero. For the past two months I have been trying to write about it, to add Jessica to our list of Badass Women in Combat Gear, and it has been very hard. At first, I tried to blame my writer’s block on the fact that I had not finished watching all 13 episodes on Netflix. But on Groundhog Day, I had an epiphany that, like so many of my epiphanies, in retrospect seems outrageously obvious.

As one critic describes Jessica Jones, “A woman with superhuman strength, she eschews a costume or cape for a pair of jeans and a leather jacket. She lives in a busted apartment in Hell’s Kitchen where she conducts her business as a private investigator. It’s not necessarily part of the job that requires her special abilities, but they do come in handy” (Bendix). In the past, Jessica tried to use her super abilities as an “official” superhero, until she got mind-controlled into doing horrific things (including murder) by another “gifted” person, a man named Killgrave.

As another critic comments, “Jessica Jones pulls no punches when it comes to him or to other men on the show who try to rob women of their agency. The word ‘rape’ makes its way onto the screen in episode eight, but showrunner Melissa Rosenberg has no interest in showing sexual assault for shock value or as a way to make female characters more sympathetic. Rosenberg takes a swipe at politicians who would force women to give birth to their rapists’ babies. And she nods more than once at the idea that Killgrave is obsessed with making women smile at him. She doesn’t draw a direct line from allusions of street harassment to rape, but she doesn’t sidestep that conclusion either” (Hogan). 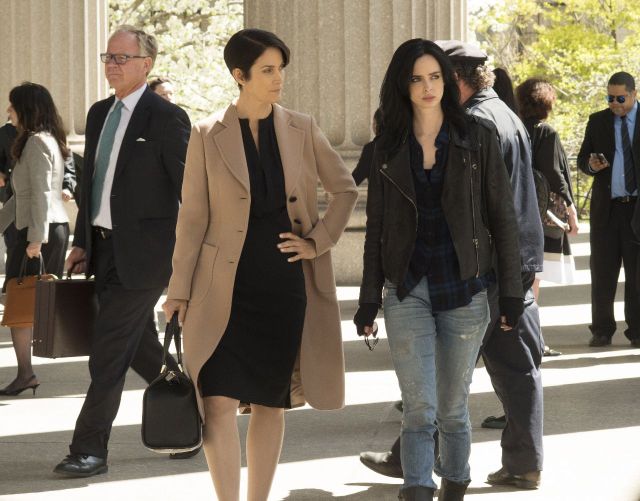 And this is where Groundhog Day comes in, or should I say Groundhog Day, the movie. I went to see the film for the first time Tuesday evening, and about halfway through, as Phil the weatherman (Bill Murray) is spending several weeks of repeated days learning personal information about his colleague Rita (Andie McDowell), in order to get her to spend time with him, like him, love him and eventually sleep with him.

Had I watched this for the first time in the 1990s before conversations about the difference between rape culture (you must opt out) and the culture of consent (you must opt in) became common, I might have thought this behavior simply romantic pursuit as opposed to temporal stalking. But as I started to see where it was leading, I became increasingly uncomfortable as it became clear to me that such a dishonest and misleading “change” in her attitude toward him would not equal true consent, and I thought, “If she sleeps with him, I am walking out of the movie theater.” 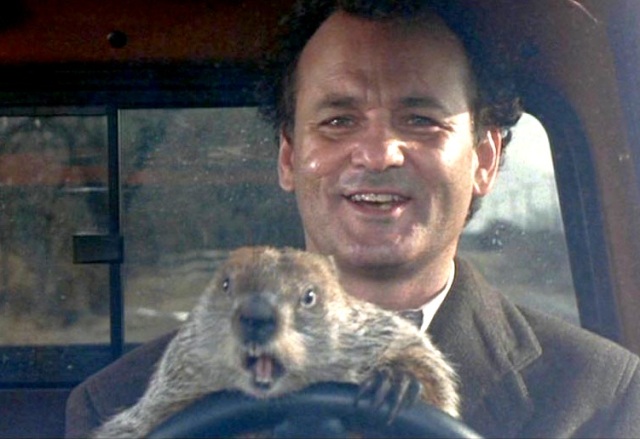 Reader, she slapped him. Probably seven days in a row. Hooray. Then the movie improved as he started to change himself rather than her.

And this is what was so difficult about writing about Jessica Jones. Reviews have called the show “dark” and “gritty” and “grim,” which it is, but a lot of films and TV shows have been dark, especially ones on the topics of war, poverty, and injustice. But those topics are things we can discuss around the dinner table at home or in the lunchroom at work. Rape? Not so much. And the institutional sexism and violence that are the social matrix now being called rape culture? Good luck with that.

And this is one of the things I have learned about writing. The Rhetorical Situation of a piece of writing is Writer, Audience, Topic. If I think I am a bad writer or if I know I have a difficult audience, it is very obvious why I am having trouble with my writing. But I often forget that if a topic is simply difficult to talk about, it is also going to be difficult to write about.

But these difficult topics need to be written about, and so Jessica Jones not only serves as a show that empowers its women characters but also as a springboard for more of these conversations. As Lili Loofbourow wrote in a critical essay for the Guardian: “Jessica Jones is one of the most complex treatments of agency in the wake of victimhood that the small screen has seen yet seen.” And Loofbourow’s essay itself is an interesting critique of the very same issues.

So here is me putting in my 2 cents. We need to talk about these issues. We need to build a culture of consent. We need to tell stories that show people being strong for themselves and others—men and women—and we need to show victims helping each other be heroes. So, thank you, Krysten Ritter (and the other women on the show, who are all very strong, although, for example Carrie Ann Moss’s lawyer, Jeri Hogarth wears power suits as her combat gear), for giving us something meaty to watch, however much discomfort comes with it.

“Jessica Jones is a superhero show for those who don’t necessarily care for the heroics. It’s smart and sexy and dark and creepy; it’s queer-inclusive and focused on women who refuse to be victimized, even by someone who has the power to make them say or do anything he wants. Jessica Jones is about the struggle for power and control, and its lead is the kind of superhero that modern women will idolize. So much of her strength isn’t in her physical prowess, but in her will to survive and never relent to the man with the perceived upper hand.” (Bendix)