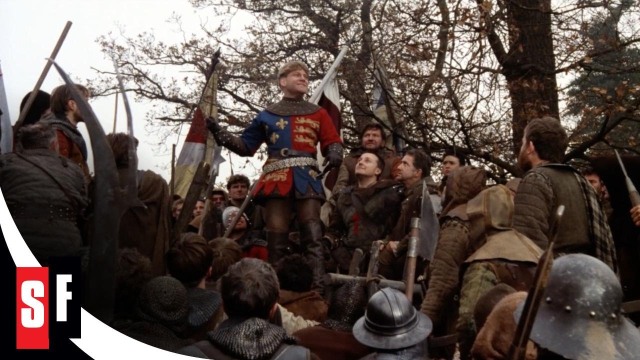 Today is Veteran’s Day, commemorating the end of the War to End All Wars. If you don’t know much about World War I, I strongly recommend two books: Barbara Tuchman’s Guns of August, nonfiction about how we got from the end of 1910 through the first 30 days of the war; and Jeffrey Shaara’s, To the Last Man, a fictional account that shows how people from the bottom to the top of the military and political establishments throughout Europe on both sides made the devastating and heroic and deadly decisions that the war forced on them

War is a bizarre human endeavor that brings out the worst and the best of the people engaged in it on both sides. And our poets help us make sense of it. So in the troubled days ahead of us now (please, God, not including war), when you feel embattled and outnumbered, remember what Shakespeare gave us in Henry V, Act IV Scene III: 18-67.

WESTMORELAND. O that we now had here
But one ten thousand of those men in England
That do no work to-day!
.
KING. What’s he that wishes so?
My cousin, Westmoreland? No, my fair cousin;
If we are mark’d to die, we are enow
To do our country loss; and if to live,
The fewer men, the greater share of honour.
God’s will! I pray thee, wish not one man more.

.
By Jove, I am not covetous for gold,
Nor care I who doth feed upon my cost;
It yearns me not if men my garments wear;
Such outward things dwell not in my desires.

.
But if it be a sin to covet honour,
I am the most offending soul alive.
No, faith, my coz, wish not a man from England.

.
God’s peace! I would not lose so great an honour
As one man more methinks would share from me
For the best hope I have. O, do not wish one more!
Rather proclaim it, Westmoreland, through my host,
That he which hath no stomach to this fight,
Let him depart; his passport shall be made,
And crowns for convoy put into his purse;
We would not die in that man’s company
That fears his fellowship to die with us.

.
This day is call’d the feast of Crispian.
He that outlives this day, and comes safe home,
Will stand a tip-toe when this day is nam’d,
And rouse him at the name of Crispian.

.
He that shall live this day, and see old age,
Will yearly on the vigil feast his neighbours,
And say “To-morrow is Saint Crispian.”

.
Then will he strip his sleeve and show his scars,
And say “These wounds I had on Crispin’s day.”
Old men forget; yet all shall be forgot,
But he’ll remember, with advantages,
What feats he did that day. Then shall our names,
Familiar in his mouth as household words—
Harry the King, Bedford and Exeter,
Warwick and Talbot, Salisbury and Gloucester—
Be in their flowing cups freshly rememb’red.

.
This story shall the good man teach his son;
And Crispin Crispian shall ne’er go by,
From this day to the ending of the world,
But we in it shall be remembered–
We few, we happy few, we band of brothers;
For he to-day that sheds his blood with me
Shall be my brother; be he ne’er so vile,
This day shall gentle his condition;
And gentlemen in England now a-bed
Shall think themselves accurs’d they were not here,
And hold their manhoods cheap whiles any speaks
That fought with us upon Saint Crispin’s day.

The first line of this poem comes from a poem by Trumbull Stickney. It got stuck in my head the other day, and since I was working on an oratorio or possibly musical about the Hanging Gardens allegedly built by Nebuchadnezzar, I thought I would play around with the ideas some more, and because I am a glutton for punishment, use blank verse (unrhymed iambic pentameter) to do it. If you are going to go classical antiquities, after all, go all the way.

“Be still. The Hanging Gardens were a dream,”

Just as Eden was a paradise

Where animals could frolic, never die,

And trees provided all the fruit for all

The hungry mouths who had not yet learned pain.

Such dreams are necessary for our hearts

To learn the blueprint of a truer world.

When Babylon, the center of the world,

Was young and shining in the desert sun,

The emperor, it’s said, once came upon

Alone and staring eastward toward her home

In far-off Persia–fair, beloved, and green–

And in that moment knew what pity was.

A moment only. (Though that moment was

Have passed and carried with them this one tale,

The birthing of a wonder of the world.

We know such men as emperors do not

Amass empires in order to appease

The heartsick longings of a simple girl,

However regal her paternal price

In dowered lands.) A moment later, he

In exile, sons of Israel of old),

And fountains blossoming to ward off heat.

How high the walls, how tall the topmost tree–

But archaeologists, who deal in truth,

The truth that lies in layers of dirt on dirt,

Tell us Herodotus did not see truth

The way we do, that history back then

Was story first and only afterward

A thing of facts. The poet was not wrong:

The Hanging Gardens were a dream. It’s true.

But then, what does it mean that this green dream

Has filled the sleeping minds of women, men,

A thousand generations sharing these

Through this, a need is answered, so be still.

I think the draw is the beauty of the language, the stateliness of the blank verse, and especially the topic: heroism. Throughout my life I have had difficulty sleeping from time to time. When I was little I amused myself in the dark hours by retelling myself the stories Cinderella and Sleeping Beauty, usually making these princesses ride around with their swords saving beleaguered princes. In Japan I studied kendo, and back in the states I have studied iaido, and also forms for the Chinese jian, straight sword, and dao, broadsword. I have not found a beleaguered prince to save, but I keep looking, because you never know, and at the very least my studies have given me great Halloween costumes.

Meanwhile, I often find myself binge-watching Buffy the Vampire Slayer. Beyond the idea that a small blond wisecracking woman is kicking vampires in the face on a regular basis (did I mention I have also studied karate and kung fu?) and facing an apocalypse that regularly falls at the end of the school year, the thing I like best is the way the show constructs not just the lone hero (which is a very male construct) but the heroic community, a group of friends who study and fight together, who sacrifice for each other and keep each other accountable. Tennyson’s Ulysses describes his heroic community:

Souls that have toil’d, and wrought, and thought with me–

That ever with a frolic welcome took

Then there are times when I end up binge-watching Xena: Warrior Princess. This show, known as much for its camp style as its very stylized Hong Kong cinema martial arts, is a joy to watch. I like that while Xena sticks to her sword and chakram, her sidekick Gabrielle uses a staff for the first five seasons and sai for the last season. (Yes, I have studied the staff. The sai, not so much but I have a pair to use for wrist strengthening exercises. Us martial artists, we loves us our toys!) I like the partnership between the two main characters, which becomes more and more equal as the show goes on.

I am become a name;

For always roaming with a hungry heart

Much have I seen and known; cities of men

Myself not least, but honour’d of them all;

And drunk delight of battle with my peers, 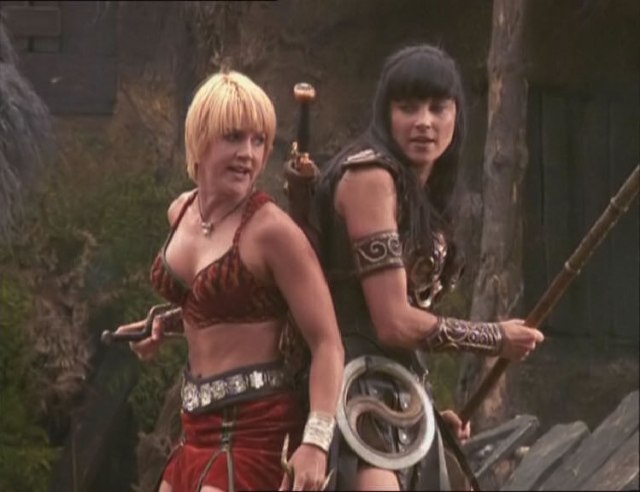 I recently read an essay that suggested that the 130 or so episodes between Xena’s beginning and conclusion looked at her predicament as a tragic hero seeking redemption “from different perspectives while doing little to advance it” (Jones 165). I disagree. The heroic journey, like life, is its own point. As Ulysses says:

I cannot rest from travel: I will drink

Life to the lees: All times I have enjoy’d

Greatly, have suffer’d greatly, both with those

That loved me, and alone, on shore, and when

But getting back to the idea of useful poetry, I was thinking about how the best bit, the ending, was used a while back in the Bond movie, Skyfall. I have always loved Judy Dench and the chemistry between her and Daniel Craig is incredible. I was dismayed to find out that she was being replaced, presumably due to age. Certainly her age is highlighted in that film to a distressing extent. I think that may be why she gave her all to speaking the final lines of the poem: