Again with the Joss Whedon ladies. Now there’s a surprise. Number Four is Melinda May and All the Other Women on Agents of SHIELD.

Agent Melinda May is an older Asian beauty with badass combat skills and a lack of extraneous affect. The character went through some serious shit back in Bahrain and hasn’t been the same since. And although we are always wary of badass chicks with psychological baggage getting in the way of their having a normal life, we can’t not appreciate the badassery of May.

The thing is, though, that the Marvel Cinematic Universe (MCU) is chock full of bad ass women, from Utterly Badass to Seriously badass to Gradually Badass to Occasionally Badass to–what?–Administratively/Categorically Badass?

And the rest, in order from Utterly Badass down to Eventually Badass are: 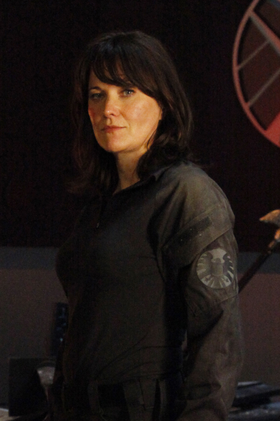 Isabelle Hartley. When Bobbi Morse says to her, “You know I just love your whole thing, right?” you know Izzie’s Utterly Badass. 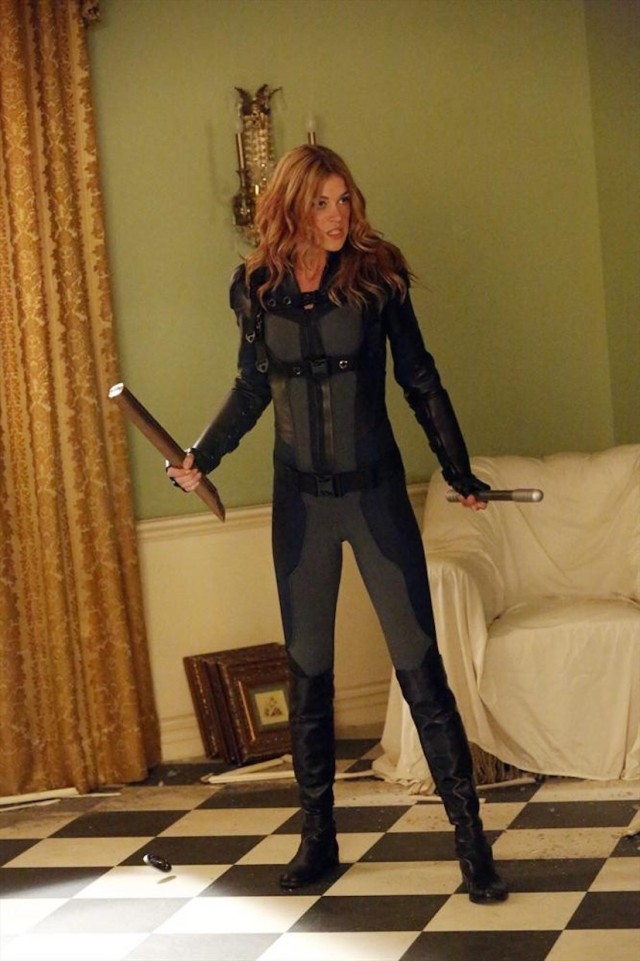 MARVEL’S AGENTS OF S.H.I.E.L.D. – “A Fractured House” – The world turns against S.H.I.E.L.D. when Hydra impersonates them to attack The United Nations, and an unexpected enemy leads the charge to bring about their downfall, on “Marvel’s Agents of S.H.I.E.L.D.,” TUESDAY, OCTOBER 28 (9:00-10:00 p.m., ET) on the ABC Television Network. (ABC/Kelsey McNeal) ADRIANNE PALICKI

Bobbi “Mockingbird” Morse. Her superpowers are sarcasm, escrima batons, and having sex with her ex-husband in the back of an SUV. 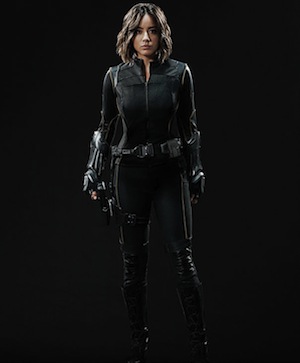 Skye. Sorry, Daisy Johnson. You will always be Skye to me. 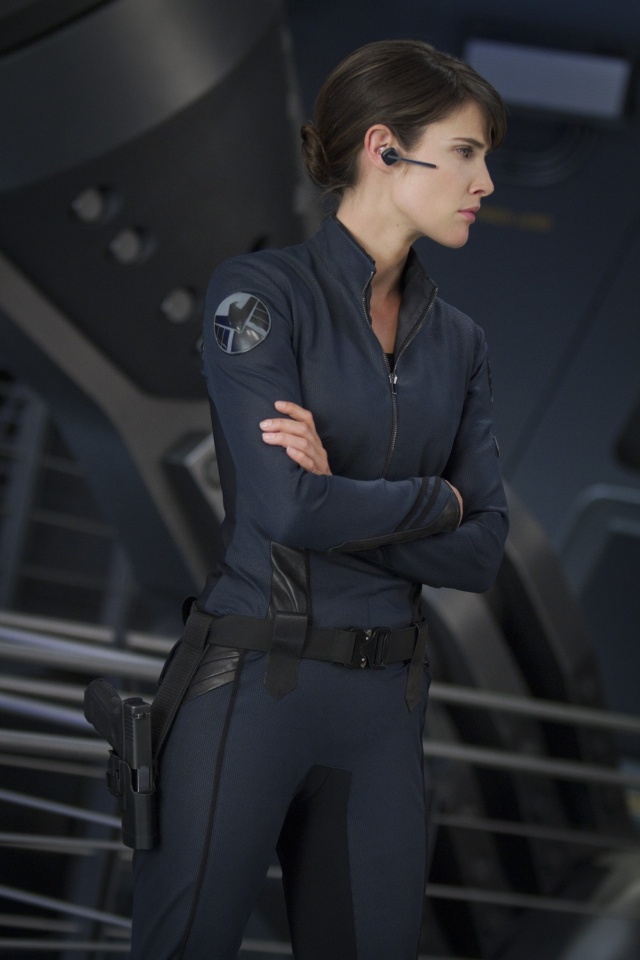 Maria Hill. Hers is mostly an administrative badassery, but somebody has to do it. (Also, she looks so much sexier in the SHIELD uniform of Avengers than she does in the pencil skirt and four-inch heels of Avengers/Ultron. Bleh. Joss Whedon, you have disappointed me.) 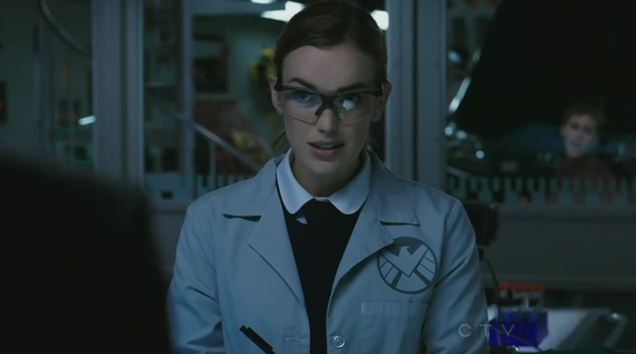 Jemma Simmons. She has, as Coulson points out, “two PhDs in fields I can’t even pronounce” and a really cute wardrobe. Also, she loves Leo Fitz, who deserves to be loved by a super genius like himself.

Victoria Hand. Because how many administrators of huge national security operations can get away with red streaks in their hair?