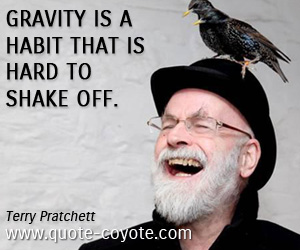 The death of the amazing author Terry Pratchett this week got me thinking about poetry that is used to say farewell. Eulogies remember the good in people who have died. Elegies lament sad things like death and war. But valedictions, as seen in high school valedictorian speeches, say farewell to good times and good people. So I thought I would remind us of John Donne’s classic poem that reminds us of how connected we are. 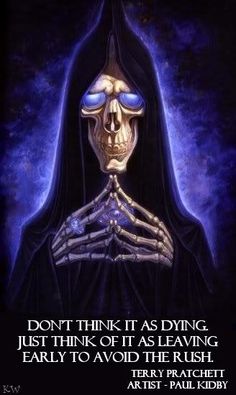 As virtuous men pass mildly away,

And whisper to their souls to go,

Whilst some of their sad friends do say

The breath goes now, and some say, No:

So let us melt, and make no noise,

‘Twere profanation of our joys

To tell the laity our love.

Men reckon what it did, and meant;

But trepidation of the spheres,

Though greater far, is innocent.

(Whose soul is sense) cannot admit

Absence, because it doth remove

Those things which elemented it.

But we by a love so much refined,

That our selves know not what it is,

Our two souls therefore, which are one,

Though I must go, endure not yet

A breach, but an expansion,

If they be two, they are two so

As stiff twin compasses are two;

Thy soul, the fixed foot, makes no show

To move, but doth, if the other do.

And though it in the center sit,

Yet when the other far doth roam,

It leans and hearkens after it,

And grows erect, as that comes home.

Such wilt thou be to me, who must,

Thy firmness makes my circle just,

And makes me end where I begun. 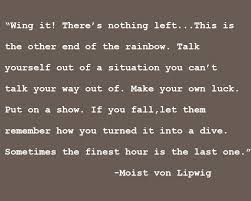 This is a better poem for Prachett than Death, Be Not Proud, since that one foretells the death of Death, and anyone who has read the Discworld novels has a soft spot for this character.

3 comments on “Beware the Ides of March”