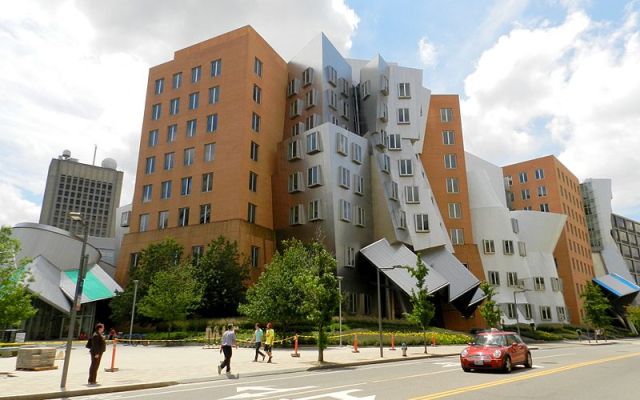 Again we bring you a tiny bit of the submission goals of the journal Crazyhorse: “[W]e read with a discerning eye for poems that demonstrate a rhetorical and formal intelligence—that is, poems that know why they are written in the manner that they are.”

What I find interesting here is the language; the focus is on the poem knowing why it is written in a certain way, rather than on the poet. Sure, ideally the poet should know for example, why s/he ends his/her lines they s/he does, but it is something else again to ascribe mind to the poem. I do not think of this so much as a problem of anthropomorphism as it is a kind of meta-communication. As the father of skyscrapers, Louis H. Sullivan, said, “Form follows function.”* When you look at a building, you can probably get an idea of what it is used for.** So too, looking at a poem and listening to its music should communicate to us not only the content and ideas of the poet, but also a sense of the inevitability of its structure. Now as writers we know that bloody nothing about writing (or life) is actually inevitable; there are too many problems, too many words, too many strokes of genius just caught or just missed for that. And revisions can take a very long time.

But by gum, it should feel inevitable! And that comes both from art and from craft. A friend recently shared with me a line from John Keats: “If poetry comes not as naturally as the leaves to a tree, it had better not come at all.” Of course he would say that. He was a Romantic Poet, after all! But I think we have some wiggle room with the word come. It sounds as if he means there should be no work in the inception of a poem, work as humans think of work as hard labor, something not natural (and often with the Romantics, natural = Edenic). Yet we know that in its own way the tree labors too. It just doesn’t show us itself doing the work. The work is silent and slow, just as writing a poem is mostly behind the scenes work.

So you have the first rush of inspiration and the quick scribble. But then you also have new word choices, better metaphors, a clearer journey, a tighter ending. You decide whether your lines should be a uniform length or not. And how long will your stanzas be? Will there be an identifiable rhythm? Internal or external rhyme? And what about the damn title? How about an epigraph? So you take the seed and you hammer out the tree, with as much work as it takes.

And then, in the end, all the reader sees is leaves, everywhere. 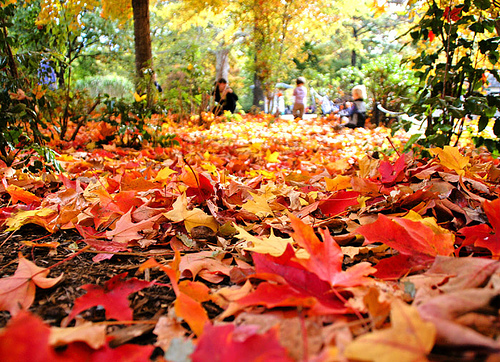 *There I go again, using architecture to talk about poetry. I do that a lot.

**Unless it is a Frank Gehry building, in which case all bets are off. For example, I worked in the basement of the Stata Center, pictured above for several years, and I can tell you definitively that nobody uses it to wipe their butts.