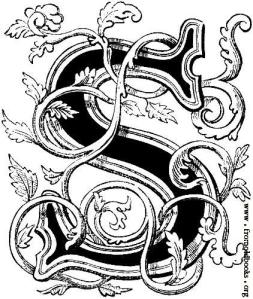 Well, when I arrived home yesterday afternoon, my film studies roommate asked if I would be willing to act in a video he and his friends were making. There would be no words, just actions and facial expressions. I thought, why not? While eventually the film will have copious voice-overs to cover our action, it did remind me of the classic drama/film exercise of the Scene Without Dialogue, which is wicked difficult to write and teaches writers a lot about body language and the unimportance of words, contrary to what most of us believe.

This reminded me of a poem that I wrote as a similar kind of exercise.

On the Difficulty of Avoiding S

There I am, trying to write a quiet

poem, trying to give the reader an idea

of what winter can be: the quiet

that can cover everything, the quilted

feeling of white hovering over, covering

everything. A mood. A moment.

A lifetime. But every word I look at

struggles and fights me. Verbs insist

on using that S, all the nouns bring

friends (not one, but several), and even

silence itself simply refuses to take this

kettle off the stove, and I am, not caught